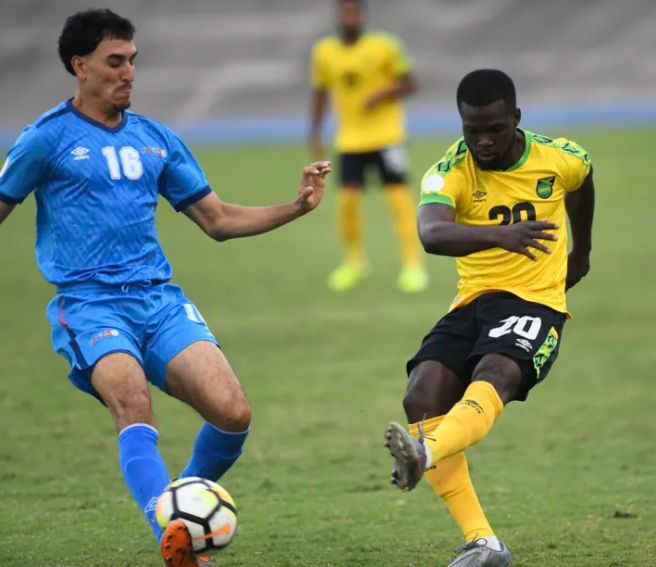 The Reggae Boyz took the lead in the 13th minute of the match with a goal from Devon Williams. Damion Lowe ignited the play in midfield and Kemar Lawrence did the rest to set up Williams for the opening score.

Jamaica looked to be on its way to another rout, as was the case in their first two CNL matches, but the Aruba defense were able to hold the score to a one-goal difference into the halftime break.

A tackle inside the box by Noah Harms would complicate things for Aruba, resulting in a penalty attempt awarded to the Reggae Boyz. Shamar Nicholson missed from the spot.

Nicholson, who had a brace in the Reggae Boyz opening match of the group stage, found redemption with Jamaica’s second goal in the 88th minute.

With the win, Jamaica continue at the top of the group with a perfect 3-0-0 record. Aruba remain at the bottom of the group and host Jamaica on Tuesday in search of their first CNL victory.