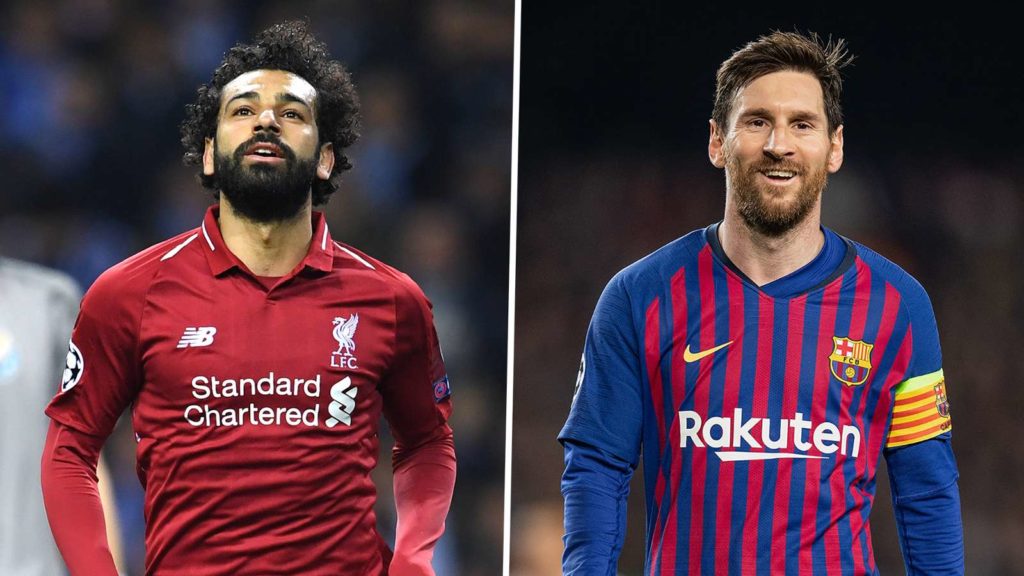 Liverpool weathered a storm, both literal and metaphorical, to see off Porto at Estadio do Dragao, and can now look forward to the most mouth-watering of Champions League semi-finals. Lionel Messi, Luis Suarez and Philippe Coutinho await the Reds in the last four.

What a tie, and what an incentive. In a week where Ajax and Tottenham provided the fairy tales, Jurgen Klopp’s side ensured there was to be no such shock in Portugal. The Premier League leaders were far from pretty at times, but they got the job done.

Sadio Mane’s goal, 26 minutes in, settled Liverpool down after a nervy start. They were grateful to Porto’s wayward finishing and to the Video Assistant Referee, who after a lengthy check confirmed Mane had been onside when tucking Mohamed Salah’s cross-shot past Iker Casillas at the far post.

It was the Senegal star’s 22nd goal of the season, and 14th European Cup strike for Liverpool, equalling Ian Rush’s tally. Only Steven Gerrard has more.

And like Rush or Gerrard, he is developing a real knack for scoring important ones too. This was the eighth time he has broken the deadlock in his last 15 games. When Liverpool have needed him, he has repeatedly stepped up to the plate – even if he did miss an absolute sitter after the break.

By then, of course, the game has dead and buried. Porto had started in lively fashion, with Liverpool delivering a performance lacking in purpose and quality. They shipped a remarkable 14 shots inside the first half hour. Had Moussa Marega been as sharp as Alisson Becker, they’d have found themselves in big trouble.

As it was, they were able to force their way in front and relax from there. Mane’s goal was their first effort of the night, Salah added a second on 65 minutes, his 23rd of the campaign, and though Eder Militao, an impressive competitor, pulled one back swiftly, headers from Roberto Firmino and Virgil van Dijk ensured the scoreline was a convincing one in the end.

Huge credit must go to Klopp, who has not lost a two-legged European tie since 2014 and who is now preparing for his third semi-final in three years as Liverpool manager. He is yet to grab that elusive first trophy at Anfield, but his team will take some stopping.

The Camp Nou, one of the world’s great arenas, should hold no fears for them. Liverpool’s European away form has been a source of concern over the past 12 months, but they have now won twice at the Etihad, the Allianz and the Dragao (twice).

They are unbeaten in 17 games in all competitions, winning the last eight, and will surely have seen the chinks in Barcelona’s armoury across the Catalans’ tie with Manchester United. Defensively, the La Liga champions should offer encouragement to Mane, Salah and Co.

Still, Klopp will ask for improvement from his team. He will know that they can ill afford a similarly sluggish start when they travel to Spain. Messi, of course, will be less forgiving than Marega.

But if Liverpool are anything, it is determined. They look like a team convinced by its strength where last season they appeared one stunned by its rise. They look like they belong on these stages.

We will find out if they do on May 1. Whatever you do, don’t make alternative plans. You don’t want to miss this one.