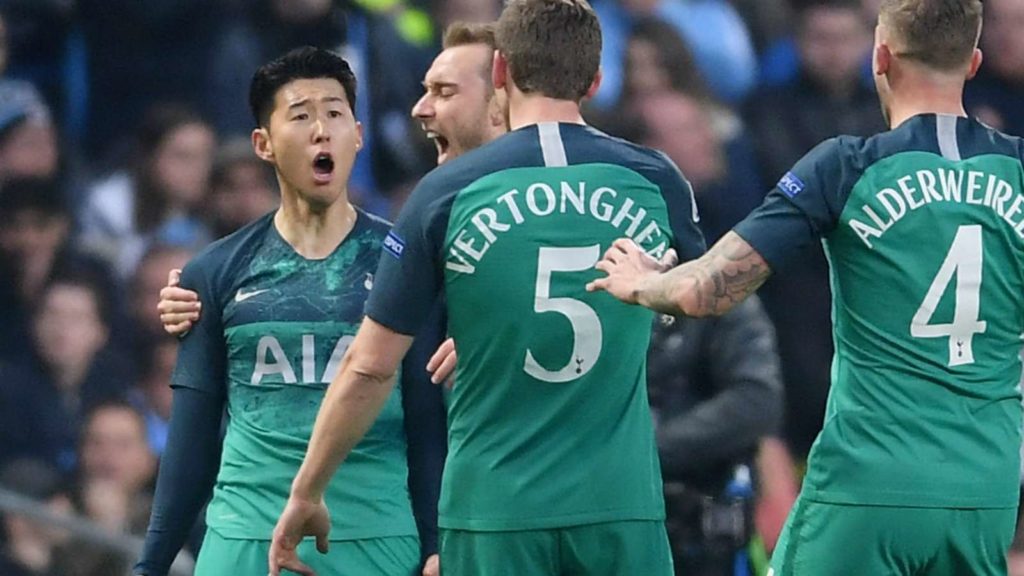 But Tottenham’s South Korean star popped up with goals in the seventh and 10th minutes to give his side the lead.

That lead wouldn’t last long though in a wild first half, with Bernardo Silva levelling the match just a minute after Son’s second and Sterling scoring his second and City’s third 10 minutes after that.

Son, however, had already made history after he scored the game’s only goal in the first leg in London last week.

It has been another prolific season for Son, with the 26-year-old having now reached 20 goals in all competitions for Spurs this season.